The life of Moses and Exodus

Published by WebMaster on February 8, 2017

Moses. What does this name remind you of? Yes, many will think of ‘miracles’. The name Moses means ‘drawn from water.’ Actually he parted the Red Sea [water] so that the Israelites could escape Egypt. 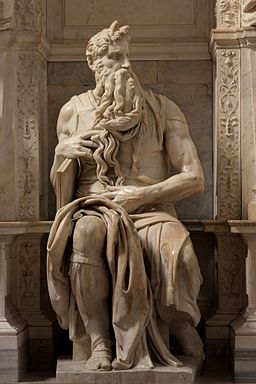 Moses was the greatest prophet who led the people of Israel out of Egypt to Canaan, the land of promise. Many people including non-believers well know about Moses because lots of movies have been made about the history of Moses and Exodus.

Moses, a prophet chosen for bringing out the Israelites from Egypt

Due to the terrible famine, Jacob and his families left the land of promise and entered Egypt. When they arrived they were 70 in number, but within four generations they have increased to 600,000 men of fighting age.

Israel continued to grow and Pharaoh had ordered that every son who was born of the Hebrews should be cast into the river. Moses was born in this very difficult time. In fact, Jesus also had a similar experience. When Jesus was born, King Herod gave orders to kill all boys of the age of two and under in Bethlehem and its vicinity. Moses represented Jesus who would appear on the earth; he did the things that would be done by Jesus in the future.

Moses was saved by a miracle and was the adopted son of the daughter of Pharaoh, Hatshepsut. The name “Hatshepsut” means “foremost of noblewomen.” She married her half-brother, Thutmose II, who ruled Egypt for about 10 years and died without a successor. Upon his death, she began acting as regent for her stepson, the infant Thutmose III, but later took on the full powers of a pharaoh, becoming co-ruler of Egypt.

Afterwards, Moses, raised by Hatshepsut, and Thutmose III were the two rivals to become the king. However,  when Moses was 40 years old, he killed an Egyptian who was beating up an Israelite. He had to flee to Midian where he lived for 40 years. When he became 80 years old, he met God.

Exodus 3:1-4  Now Moses… When the LORD saw that he had gone over to look, God called to him from within the bush, “Moses! Moses!” And Moses said, “Here I am.”

God explained the reason He called to him. God called him to lead the people of Israel out of Egypt.

Exodus 3:10  So now, go. I am sending you to Pharaoh to bring my people the Israelites out of Egypt.”

Moses returned to Egypt following the Words of God. God allowed him to take staff of God in his hand.

Exodus 4:20-21  So Moses took his wife and sons, put theme on a donkey and started back to Egypt. And he took the staff of God in his hand. The LORD said to Moses, “When you return to Egypt, see that you perform before Pharaoh all the wonders I have given you the powers to do. But I will harden his heart so that he will not let the people go…”

God gave Moses the staff to perform wonders while He also gave Pharaoh the hardened heart so that he would not let the people go. Why? Just then, God gave a word about what He would do.

Exodus 4:22-23 Then say to Pharaoh, ‘This is what the LORD says: Israel is my firstborn son, and I told you, “Let my son go, so he may worship me.” But you refused to let him go; so I will kill your firstborn son.”

The list of the ten plagues in Egypt from the Bible is as follows:

Moses and the Passover

However, Moses and the Israelites were not affected by the plague. Only the people of Israel could escape the last plague to kill the firstborn. Why? It’s because they celebrated the Passover allowed only to the Israelites.

Exodus 12:5-8  The animals you choose must be year-old males without defect, and you may take them from the sheep or the goats… The same night they are to eat the meat roasted over the fire, along with bitter herbs, and bread made without yeast.

Exodus 12:12-14 On the same night I will pass through Egypt and strike down every firstborn–both men and animals–and I will bring judgment on all the gods of Egypt… This is a day you are to commemorate; for the generations to come you shall celebrate it as a festival to the LORD–a lasting ordinance.

God allowed Moses and the Israelites to commemorate the Passover as a lasting ordinance. Even today the Passover is the solution to all plagues; Pharaoh surrendered to this tenth plague even though he did not submit to all the previous plagues God sent through Moses and only the Israelites, who kept the Passover, were protected from the plagues. God showed that only chosen people can escape any plagues through the history of Israel in the time of Moses.

At last, Moses led the Israelites out of Egypt after celebrating the Passover.

Exodus 12:31  During the night Pharaoh summoned Moses and Aaron and said, “Up! Leave my people, you and the Israelites! Go, worship the LORD as you have requested…”

However, Pharaoh changed his mind as soon as they left Egypt. – Exodus

Exodus 14:4-6  And I will harden Pharaoh’s heart, and he will pursue them… “What have we done? We have let the Israelites go and have lost their services!” So he had his chariot made ready and took his army with him.

Just as God let Moses set the Israelites free, so did Jesus come to the land of Israel and set His people free 2,000 years ago. The Israelites, led by Moses, escaped the tenth plague of killing the firstborn by keeping the Passover; it was a shadow to show that Jesus would establish the Passover of the new covenant. In other words, Moses represented Christ who was to appear on the earth.

Moses and crossing the Red Sea

The people who were led out of Egypt by Moses did not understand the reality of this shadow. They grumbled against Moses when they saw the Egyptian sliders chasing them and were terrified.

Exodus 14:11 They said to Moses, “Was it because there were no graves in Egypt that you brought us to the desert to die? What have you done to us by bringing us out of Egypt?

At the grumbles of the Israleites, Moses said to them to rely on God.

Exodus 14:13-14  Moses answered to the people, “Do not be afraid. Stand firm and you will see the deliverance the LORD will bring you today. The Egyptians you see today you will never see again. The LORD will fight for you; you need only to be still.”

Moses already knew that God would do everything for them and trusted God alone when he left Egypt along with the people. God allowed Moses to perform the miracle of the Red Sea.

Exodus 14:16 Raise your staff and stretch out your hand over the sea to divide the water so that the Israelites can go through the sea on dry ground.

At last, Moses and the Israelites crossed the Red Sea safely.

Moses was cast into the Nile and raised by an Egyptian princess. He lived as an shepherd in the desert of Midian  for 40 years. At the age 80, Moses became the prophet of God and led the Iraelites out of Egypt. All these things had been prepared by God before the creation. The works of Moses showed in advance that Jesus would free the people of Israel from their sins.

God’s counsel and plan shown through the Exodus of the Israelites led by Moses is beyond our imagination and immeasurable.

Truly it is!! God’s redemption work is beyond our imagination and immeasurable. He let us figure out all his redemption plan through the prophecies of the Bible so that we can believe without any doubt. All thanks and glory to God.

Moses and the World Mission Society Church of God

World Mission Society Church of God established according to Moses’ prophecy What comes across your mind about Moses? A prophet of Israel? The miracle of the Red Sea? Canaan, the land of promise? Or the Read more…

The Connection Between Moses and Jesus

About Moses – Panorama of his Life. From birth to death

1. THE BIRTH OF MOSES The history of Moses divides into three periods of 40 years. Moses in Hebrew would be mashah(Heb:מָשָׁה) meaning “drawn” and in the Coptic meaning “saved by the waters”. He was Read more…